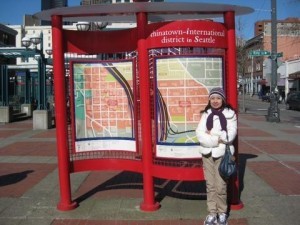 Does a US Visa Guarantee Entry to the United States?

The fact that the US Embassy in Manila issues a person a visa doesn't guarantee that the visa holder will be allowed to enter the United States.

Carina Yonzon Grande, an elderly Filipina learned this the hard way. Traveling to the United States to attend her daughter's wedding, Grande who arrived at Seattle-Tacoma International Airport was refused entry upon deplaning after Customs and Border Protection agents accused her of lying after Grande informed them that her purpose of her trip was for the wedding. Reports stated that the US immigration officer made a phone call to Grande's 90-year-old Aunt who admitted to the officer that Grande will serve as her caregiver.

Strict Immigration Rules Apply to All

According to Grande, the officers claimed that she was traveling to the United States not to attend the wedding but to work as a caregiver, which is something prohibited under her visa terms.

Although unfortunate, US immigration and visa lawyers in the Philippines note that Grande's experience of being refused entry is not limited to Filipinos.

In recent years, US Customs and Border Protection, which is run by the Department of Homeland Security (unlike visa issuances which are handled by the US Department of State), has been more critical of arriving passengers, especially those who make frequent trips to the United States and stay for long periods of time.

Although Grande, who held a 10-year multiple-entry visa was allowed to legally stay in the United States for up to six months, US visa lawyers are quick to point out that visa holders may be subjected to additional inspection upon arrival if the officer has a reason to believe that the individual will be entering the US for employment purposes or engaging in illegal activity.

Furthermore, visa holders should also be aware that the Customs and Border Protection agents are given the exclusive right to refuse entry to anybody whom they believe would violate their visa terms or would pose a threat to national security.

While an elderly woman like Grande could hardly be considered to be a threat to US national security, it is equally important to point out that Customs and Border Protection may have had a legitimate reason to be suspicious of Grande's activity which resulted in an experience nothing short of humiliating for Grande and her family.

Re-applying for a New Visa

As a result of her exclusion from the United States, Grande's visa was cancelled and sent on the next available plane back to the Philippines. She is not barred from reapplying for another visa at the US Embassy in Manila should she elect to proceed with a new application.