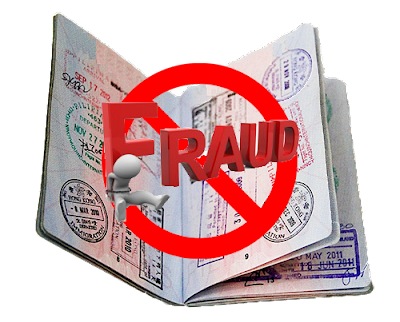 Fraud in Obtaining US Visas

Every year, hundreds of thousands of Filipinos apply for a U.S. visa, whether it be for tourist purposes or to become an immigrant to live out the American dream. However, some have found the process to be too long or the risk of denial to be too great. To ensure approvals, they look to other avenues for help in getting their U.S. visas approved so they can enter the United States.

Some make use of visa agents who assure the approval of U.S. visas. Some visa agents provide their clients with documents such as fake passports or identities with an approved U.S. visa. They assure their clients that it is okay to travel under the fake documents. Other visa agents provide fake documents such as bank books, bank certifications, deeds of sale of real property, tax documents and business registration certificates to prove financial capacity to travel to the United States and to establish legitimate ties to their country of origin. Those seeking U.S. visas pay fees ranging from exorbitant, non-refundable fees for orientation, coaching and the fake documents. If they are successful in their visa applications, the applicants are required to pay their visa agents a "success fee," which is just as exorbitant, if not more.

In scenarios like these, it is not just the visa agencies that may be criminally charged. The applicants will also face consequences such as deportation for their use of fake documents.

On the other hand, some make use of recruiters who take advantage of the applicant's economic needs. As it could take years for visas to be approved, it is hard to predict what needs will have to be met by the workers. Recruiters have the advantage of being able to move people around according to the demand. However, applicants don't realize the underlying risks of signing with a recruiter. There are some instances where the applicant signs contracts wherein their recruiters take a percent of their salary or they are paid less than the minimum wage. The recruiters hold them hostage to their contracts through the constant threat of deportation. The workers become especially vulnerable due to their lack of knowledge and understanding of what it takes to get a new contract to maintain their visa.

Applicants from the Philippines should be wary of visa agencies and recruiters that are using illegal means to obtain a visa to the United States. They should be more circumspect in choosing immigration consultants lest they fall victim to unscrupulous groups. In doing so, applicants should be informed that only licensed attorneys can legally offer immigration assistance.