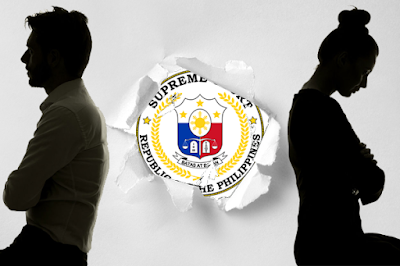 In a landmark decision, the Supreme Court decided last Tuesday that a foreign divorce secured by a Filipino from their foreign spouse will now be considered as valid in the Philippines.

The decision comes in relation to the case of Marelyn Tanedo Manalo, a Filipino, whose petition for divorce from her Japanese spouse, a certain Minoru Yoshino, was granted by the Japanese court on December 6, 2011.

Manalo then filed a petition for cancelation of marriage on January 10, 2012 in a Dagupan court so that the foreign divorce can be recognized in the Philippines. However, the Dagupan court denied her petition ruling that Article 26(2) of the Family Code did not apply because it was the Filipino spouse that initiated the divorce.

Article 26(2) provides that "where a marriage between a Filipino citizen and a foreigner is validly celebrated and a divorce is thereafter validly obtained abroad by the alien spouse capacitating him or her to remarry, the Filipino spouse shall have capacity to remarry under Philippine law."

Manalo then appealed the decision to the Court of Appeals who overturned the lower court's decision ruling that Article 26 of the Family Code applies since the Japanese spouse is now already free to remarry thus Manalo must also be free to remarry.

The appellate court also held that the non-recognition of the divorce filed by the Filipino spouse would result in an "inconsistency between the recognition of the effectivity of the foreign judgment and public records in the Philippines."

The Office of the Solicitor General appealed the decision of the appellate court to the Supreme Court, which, in turn, sustained the ruling, voting 10-3-1. The three dissenting magistrates were Associate Justices Mariano del Castillo, Estela Perlas-Bernabe, and Alfredo Benjamin Caguioa. Associate Justice Francis Jardeleza inhibited from the case while Chief Justice Maria Lourdes Sereno is still on leave from her office.

The decision comes in the wake of the passage of the divorce bill in the lower house of the Philippine Congress.

The approved bill is now set to be received by the Senate. However, several senators have already stated their opposition to the bill. President Rodrigo Duterte has likewise expressed his opposition to divorce during the 2016 presidential debates. His opposition was reiterated by presidential spokesman Harry Roque just hours before the voting at the lower house.

The Philippines and the Vatican are the only states in the world where divorce is not allowed.